All prices are subject to change. 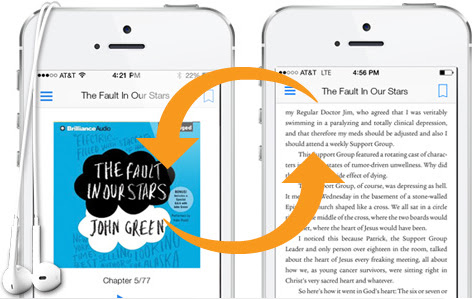 DISCOUNT AUDIOBOOKS!! Love audiobooks? There is a service from Amazon, called MATCHMAKER, which scans your Kindle book library and offers audiobook “upgrades” at discount prices!! And all books listed by Matchmaker automatically sync pages and audio progress across all devices, so you can switch back and forth between text and voice.

“My name is Rylee and I am a Tracker.”When children go missing, and the Humans have no leads, I’m the one they call. I am their last hope in bringing home the lost ones. I salvage what they cannot.

One last salvage and the final battle with Orion and the demon hordes will be upon me. I don’t know the name of the person I’m Tracking, or what she looks like so finding her is going to be . . . impossible. But she is the key to defeating the demons.

The world has been swept with a plague that is killing not only the humans, but every supernatural it touches. While I’m out Tracking, my allies are being wiped out.

Worse than all of this? I am losing Pamela to the darkness with every second that passes.

But that doesn’t mean I’m not going to try.

I’d thought that he was mine, the dark, arresting man who commanded not only my body but my heart. Dante had swept into my life, and I’d succumbed to the burn of passion in his arms.

I’d believed we had a love that would last forever, but he’d shattered my dreams and broken me into pieces when he’d walked away, taking a piece of my soul with him.

Now he has come back seeking my help, and though I try to keep my distance and protect my heart, I cannot deny that the fire between us burns hotter than ever. And I cannot help but fear that this time our passion will reduce us both to ashes.

A handsome rock star boyfriend, a closet full of designer clothes, a limousine service at her beck and call, and a mansion in the hills of Los Angeles.

Even with all that glamour and excitement at her fingertips, she still feels as if she’s been missing something in her life so she decides to leave.

While trying her best to put her dysfunctional romantic relationship aside and tend to her beloved Granny, Sidney unexpectedly stumbles upon an intriguing emerald pendant boxed away in her grandmother’s closet.

Soon she learns it once belonged to her long-lost mother who committed suicide when she was just a baby. Suddenly feeling emotionally connected to the woman who had birthed her, Sidney begins to wear the necklace.

Almost immediately, she starts having dreams linked to the mysterious pendant. As danger begins to seep into her life, Sidney refuses to remove the necklace and instead documents each dream to help her further understand them. However, she soon begins to wonder if they are dreams meant to bond her to a mother whom she never knew?

Or a subconscious warning that threatens her very life?

The Pendant Series:  Between Dreams

What Lexi wants is a simple life. What she gets is simply terrifying.

Lexi Sobado is a 20-year-old experienced intelligence consultant with a special psychic gift. However, her gift couldn’t prevent her from becoming the focus of a stalker’s desires. With a death threat shoved in her purse, she finds herself caught in the middle of a sinister web of crime and corruption.

Striker Rheas, a seasoned special agent, is charged with keeping Lexi safe. But can he keep his personal life separate from his professional life as he finds himself falling for his assignment?

What Lexi hides, what she reveals, and what she keeps trying to uncover is a delicate balancing act as she tries to save her own life and stop the killer. Can Lexi learn to love, trust, and harness the power of her psychic flashes before it’s too late?

Wolf shifters come to Chateau seeking a missing pack member. During an altercation, Cameron Stevens, the manager of the art colony, is separated from the others. He ends up alone with Nadya, one of the female shifters.

Together, in the forests of DeRoche Island, they struggle against conflicting feelings. In addition to battling each other as well as their mistrust, they fight a powerful, inexplicable attraction to one another—one that leaves them irrevocably entwined.

They’re mates? Cameron can’t comprehend or accept such a thing is possible. They’re two different species and their worlds don’t mesh. He can’t fight the heated desire burning between them and her touch is impossible to resist. His heart and mind aren’t on the same page where she’s concerned. One thing is certain—Nadya is stamped on both.

Sexy, sensuous, and most certainly dangerous, Ripper is the only vampire with the power to tame Rage, his wild Offspring. With the return of an old flame from her past, the one who hurt Rage and sparked her fury, everything changes, igniting new passions and dark desires.

The Sydney coven is suffering from a man drought – some witches complain, and some witches just get creative.

Grace lives with her cousin Elena and her mother Elvira, and life is pretty damn fine, barring the warlock drought that has the coven’s younger witches a bit itchy. Grace isn’t worried – even if a suitable warlock were available, he wouldn’t be interested in Grace. Ever since she raised her dead cat as a child, Grace’s necromancy skills have put everyone around her on edge.

Then her childhood beau, Declan Mallory, returns from overseas. He’s a battlemage and hot property.  To Grace’s dismay, she is but one face among many as the coven witches pull out all the stops to attract the  tall, dark and handsome warlock’s attention. Fortunately their childhood friendship still holds some sway, and Grace and Declan soon find themselves reconnecting on all sorts of levels. But there are dark secrets in the coven, and Declan’s family is determined to shut their relationship down. But Grace has finally found her warlock, and she is not giving him up without a fight: not to the bitch-witches, not to his family, and certainly not to the past.

Her loyalties will be tested.

What’s a vampire slayer to do when San Antonio’s vampire leader goes missing and rogue vampires are suddenly on the rise? Find him and bring him back–no matter what the cost–before the vacuum of power pits vampire against vampire in a deadly showdown for supremacy . . . with her boyfriend Austin’s immortal life at stake.

When she discovers that her ex, Shade, may have been “accidentally” responsible, Val Shapiro’s problems take on a whole new dimension and her loyalty to everyone in her life will be tested.

Parker blue lives in the wilds of Colorado with her own faithful hellhound, and she’s hard at work on the next Val Shapiro book in the Demon Underground Series.

Taden Wolfe is helpless against his wolf when it insists on mating with a woman who is not part shifter, which means as the Alpha leader a relationship with her goes against pack rules.

Not only does Kristen Reed find the Alpha wolf intimidating, but super attractive as well. When he shows up unexpectedly at her house, her life takes a turn in a totally unexpected direction.

Up against pack rules and obstacles they hold precious, any love match between Taden and Kristen is virtually impossible.

Devlin Beach Pack : Mated to a Wolfe | Taken with a Wolfe | Claimed by a Wolfe

Don’t want to miss any more posts? Subscribe to this Blog by email.