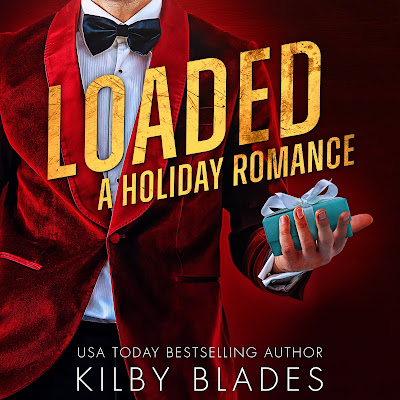 Title: Loaded: A Holiday Romance
Series: Gilded Love #4
Author: Kilby Blades
Genre: Romantic Comedy/Holiday Romance
Narrators: Tim Paige & Nicole Lewis
Audio Release Date: October 19, 2021
BLURB
From USA Today bestselling author Kilby Blades, a holiday proposal romance…
When billionaire Marsh’s octogenarian grandmother summons him home for an urgent family dinner, he dreads being force-fed every embarrassing truth about his family he’s tried to forget. Nevermind that Thanksgiving weekend is when he plans to propose to his girlfriend Jada, who knows nothing of his fortune, or that Marsh has hidden her away for years.
But the money may be the least of it—there’s a reason why he’s never brought her to Connecticut. The Brewsters are the special brand of unhinged reserved for the ultra-rich. Subjecting his woke Black girlfriend to his stuffy old money family seems like the least-romantic way to kick off his proposal weekend. After his family’s shenanigans, will Jada even say yes?
ADD TO GOODREADS 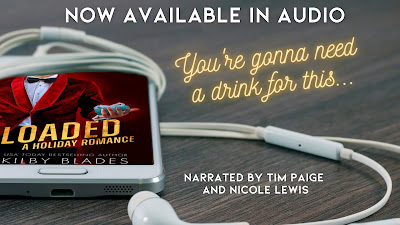 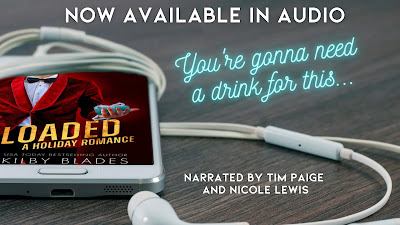 EXCERPT
“You’re cute when you’re nervous.”
My lips set in amusement as my gaze shifts from Marsh to the scenery. Autumn has been mild for all the russet and gamboge leaves that still cling to the trees. The sky has the look of snow, but forecasts insist it will hold off another day. Dry roads and mild November temperatures should find us speeding up the Taconic Parkway. But Marsh is taking it slow.
“I’m not nervous.” Marsh’s smooth baritone holds a calm I once believed in when we’d first started dating. Marsh is the kind of man who can soothe nerves—or raise hell—without ever raising his voice. Quiet control is his gambit, made more believable by his natural confidence. But I’ve seen his game and know every one of his tells.
“Oh, yeah?” My sly gaze slides back to his face. “Then why are we doing forty-five in a fifty-five?”
“I like to obey traffic laws.” His slow, cheeky smile cops to the ridiculousness of the lie.
“Do you also like blood flow in your extremities?” I jut my chin toward his grip that white-knuckles the steering wheel, eyeing the speedometer again. I don’t think I’ve ever seen him take a highway drive under sixty-five.
We’ve passed the point in our relationship that merits an out-loud answer to every question. Entire conversations are had with the slightest quirk of a lip, the precision of a gaze, or the clever maneuver of a brow. And so should it be for a couple who has been together for four years. The look he gives me then relents, admitting with the clarity of a church bell: You caught me. I’m totally freaking out.
“Baby…these are your blood relatives, not a pit of vipers. Besides, you know I can hold my own.”
Marsh does know that. Hell, everyone knows better than to go up against me, Jada Jones, titan of industry and one of the most successful venture capitalists on Sand Hill Road. Marsh is among the rare breed who actually means it when he says that being with a powerful woman is a turn-on. He has admitted to me that watching his girlfriend hand start-up CEOs their asses gets him a little hard. His eyes positively smolder when I put my bossy boots on.
“It’s not you I’m worried about,” he murmurs.
“You forget that I’ve met them. Several times,” I point out. I’ve shared good times with his divorced parents, Kate and Marshall Senior, over the years when they’ve paid separate visits to their son. “They’re a bit non-traditional…but, babe, your family’s really nice.”
“Correction. You’ve met my parents. They’re the ones who rebelled. The ones who got out of the family.”
“You make it sound like the mafia. You do realize that your family owns a textile mill and isn’t an old country crime syndicate, right?”
Marsh doesn’t share my humor. “My parents aren’t as bad as the others. They’re on the lovable end of the crackpot spectrum.”
“So it’s a spectrum, huh? What’s on the opposite end?”
He takes his eyes off of the road long enough to cast a haunted look my way.
“Totally over the top.”
I shake my head. “Please. The Bay Area is crackpot central. If I had a dollar for every chem trails conspiracy theorist I had to dodge at Berkeley Bowl…”
His responding smile looks forced. For the past two days, I’ve sensed his anxiety around returning home. Marsh has never gone to Connecticut for the holidays in all the years we’ve dated and I’ve never asked why. I’m certain he has his reasons. He has never relished the quarterly trips he makes from San Francisco to Hartford, solo voyages in service of his position on the Brewster Textiles board. And he never says much about it—only that he goes out of love and duty to his grandmother.
All I really know is that his family has run a small business milling wool for the better part of one-hundred years. His octogenarian grandmother, who Marsh calls Maw Maw, is the CEO. She’s summoned all Brewsters with special expertise to sit on the Board of Directors. Marsh has been asked because he’s an attorney—never mind that his area of expertise is human rights.
What always catches my attention whenever I overhear him on the phone with Connecticut is the change in Marsh’s tone. That he becomes so gentle when reasoning with what sounds like a stubborn woman only makes me love him more.
“JJ…” He uses his nickname for me, speaking in a low, sorrowful tone, as if breaking upsetting news. “California people are the crunchy version of quirky. Lovably eccentric quirky. Eight-dollar-bamboo-fiber-dental-floss quirky. But quirky isn’t a strong enough term for my family. They take it to another level. And I don’t want to scare you, but we’re not in California anymore. This is the East Coast.”
Marsh sounds more frantic by the second. Though, if he thinks his warnings will make me less curious to meet his extended family—especially the elusive Maw Maw—he’s wrong.
“Babe,” I argue gently, hoping he isn’t too far gone to calm down. “The only one who sounds over the top right now is you.” 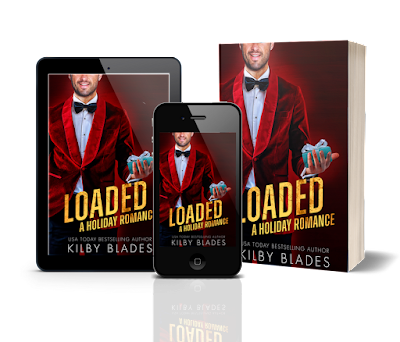 ALSO AVAILABLE IN THE SERIES 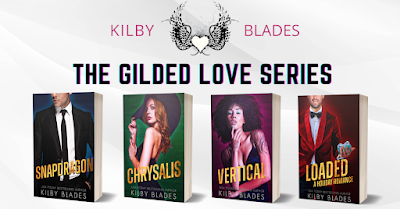 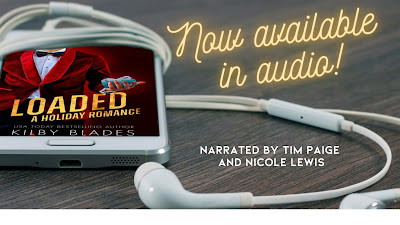 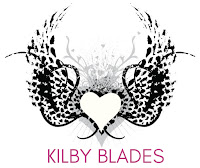 Kilby Blades is a USA Today best selling author of Romance and Women’s Fiction. Her debut novel, Snapdragon, was a HOLT Medallion finalist and a Publisher’s Weekly BookLife Prize Semi-Finalist; her recent novel, The Secret Ingredient was a finalist in the RWA Vivian Contest. She has been lauded by critics for “easing feminism and equality into her novels” (IndieReader) and “writing characters who complement each other like a fine wine does a good meal” (Publisher’s Weekly). Kilby is a feminist, an oenophile, a cinephile, a social-justice fighter, and above all else, a glutton for a good story.
AUTHOR LINKS
FACEBOOK
FACEBOOK GROUP
NEWSLETTER
GOODREADS
BOOKBUB
INSTAGRAM
TWITTER
WEBSITE 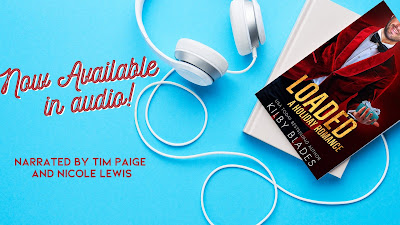 Auctioned to the Billionaire by Kira Bloom Release Blitz