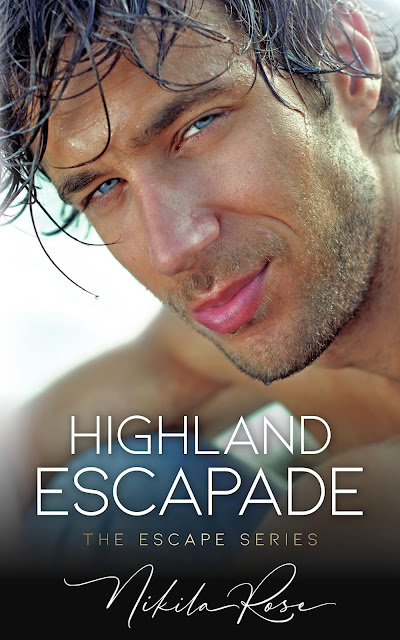 Title: Highland Escapade
Series: Escape #1
Author: Nikila Rose
Genre: Contemporary Romance
Cover Design: Vicky Nicolson, Brand Designer
Release Date: November 11, 2021
BLURB
Being swept off my feet wasn’t on the itinerary for this trip.
I’m the queen of casual fun. Commitments? No thanks.
I love being single and have no interest in anything else.
That said, there is one mysterious man testing my resolve. He’s temptation personified… luring me to surrender my sworn to single status. As my desire for him builds, I’m not sure if it’s a blessing or a curse that he keeps disappearing.
When our flirting develops into a battle of wills over who will cave first, we are left with the same looming question… Can we keep emotion out of this holiday tryst?
Author Nikila Rose delivers steamy scenes in a fast moving adventure sure to leave readers gasping for more. If you like sizzling hot men, feisty girls, and HEA endings, Highland Escapade is the book for you!
ADD TO GOODREADS
ADD TO BOOKBUB 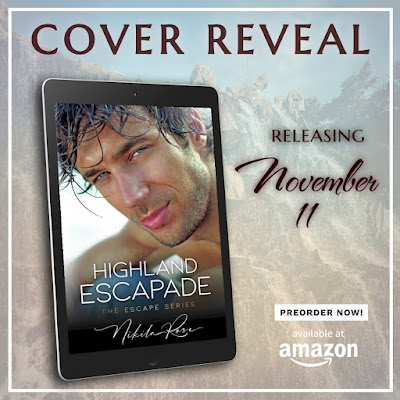 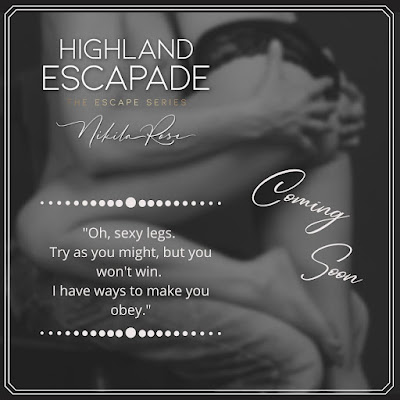 EXCERPT
“Stop gawking at me and get in the car, Trouble,” he calls, walking to the driver’s side.
Yet my feet are rooted to the ground and I do just that—gawk at him. My insides liquify and a strange sense of calm washes over me.
I want him… all of him. Body, soul and heart.
The thought makes me frown. Where did that come from?
No, you fool… body will do. None of this soul and heart crap.
This is just a fling… a holiday escapade.
Then why does it feel so different, even before we had sex?
When I don’t move, Alexander rounds the car and comes to stand before me. He pulls me close, his hands on my upper arms. And just like that first time at the airport, they move up and down, seemingly unconsciously, caressing my skin, sending invisible shivers through my body.
I lift my head so I can look at him better. The scent that is so Alexander invades my nostrils and infiltrates every one of my cells. It’s comforting and familiar and makes me go all gooey inside.
But what captures most of my attention in this moment isn’t his unique scent, it’s his eyes. They are the most beautiful shade of blue I’ve ever seen and as they stare into mine, they turn a shade darker, making a magician’s box of butterflies explode in my stomach.
Neither one of us speaks, but timeless seconds pass with us just standing there, drinking each other in.
Something passes between us.
Something that makes the butterflies speed up and my pulse skip.
Alexander leans closer and ever so gently his lips connect with mine. It’s a whisper of a kiss, but perhaps the most meaningful one I’ve ever received.
After long seconds, I pull away and try to swallow the lump in my throat that’s suddenly appeared out of nowhere.
His voice is like heavy boots on gravel when he speaks. “Rhianna, I… I want you to know that…” But then he shakes his head and never finishes the sentence, and I don’t push. I’m not sure I want to know what he was going to say.
Awkwardness creeps in, but we ignore it. Instead, he opens the passenger door and, taking my elbow, helps me into the seat, buckling me in.
This simple gesture feels so caring and strangely intimate—more intimate than if he’d touched me.
The lump in my throat is back and I swallow hard, while at the same time trying to reign in my racing heart.
Fuck, what’s going on?
The alcohol must be affecting me more than I thought.
Alexander leans in, cupping my face. He strokes my cheeks tenderly with his thumbs, and I feel breathless.
The air is electric, the current running between us palpable. Everything feels like it’s buzzing, me most of all.
His eyes are bright and sparkly as he moves his face closer, but instead of kissing my lips, he kisses my eyelids gently. First the left and then the right… and my heart melts… all of me melts. I’m one big puddle of goo.
What is happening to me? 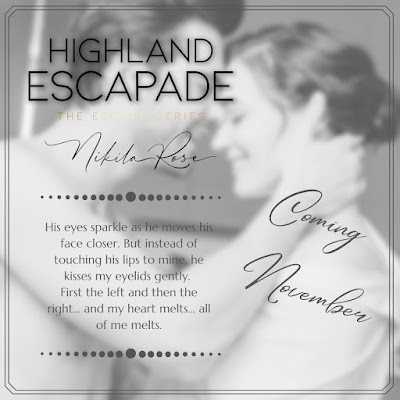 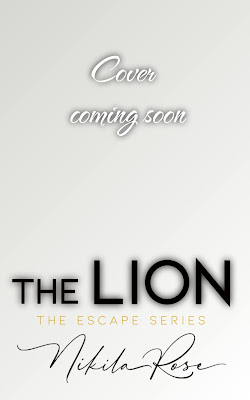 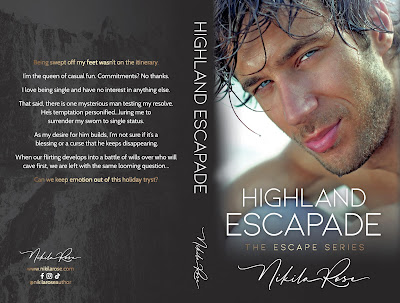 AUTHOR BIO
Nikila Rose is an emerging author of light-hearted, sizzling romance adventures.
In her Escape Series, she delivers steamy scenes in fast moving plots with guaranteed happily ever afters, set in different destinations around the world.
She lives with her family in sunny Queensland, Australia. When she’s not writing, she likes to go exploring with her kids and binge-watch Netflix.
AUTHOR LINKS
FACEBOOK
INSTAGRAM
WEBSITE 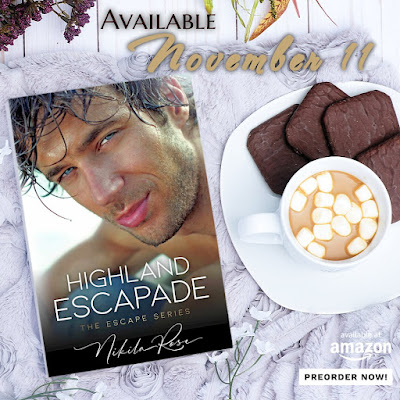 Off the Cuff by K.I. Lynn Pre Order Blitz