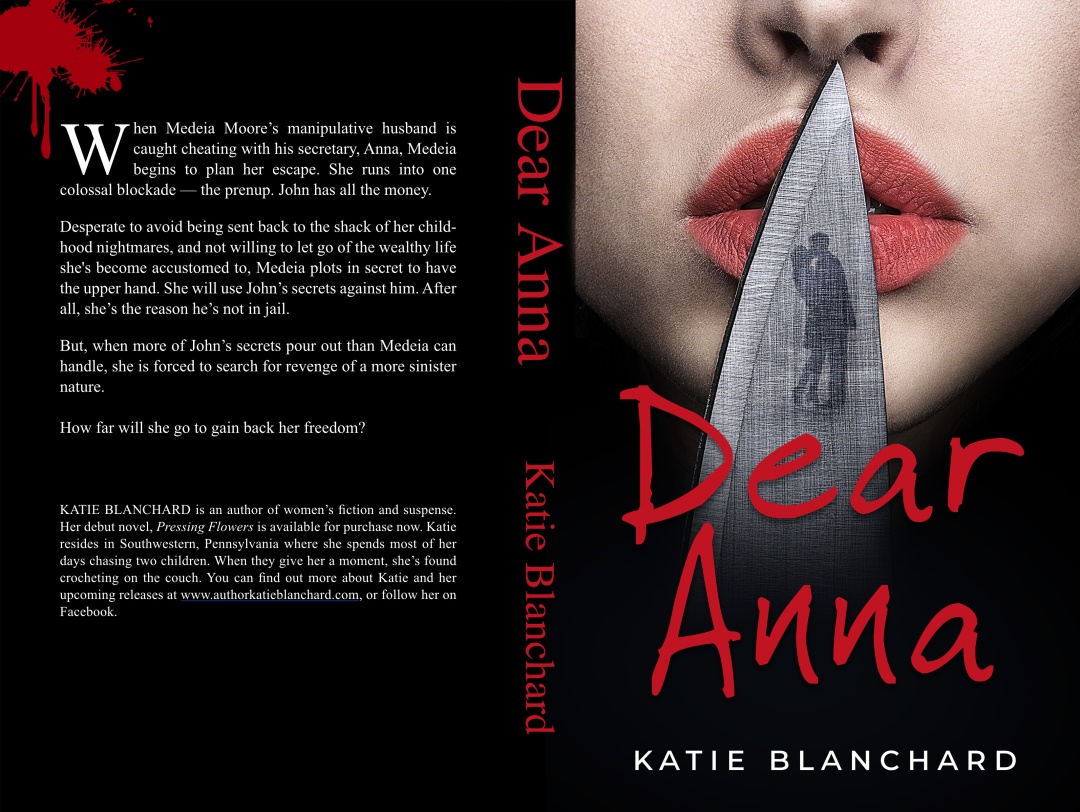 When Medeia Moore’s manipulative husband is caught cheating with his secretary, Anna, Medeia begins to plan her escape. She runs into one colossal blockade─ the prenup. John has all the money.

Desperate to avoid being sent back to the shack of her childhood nightmares, and not willing to let go of the wealthy life she’s become accustomed to, Medeia plots in secret to have the upper hand. She will use John’s secrets against him. After all, she’s the reason he’s not in jail.

But, when more of John’s secrets pour out than Medeia can handle, she is forced to search for revenge of a more sinister nature.

How far will she go to gain back her freedom?

Katie Blanchard is an author of women’s fiction and suspense. Her debut novel, ‘Pressing Flowers’ is available for purchase through Amazon. Katie resides in Southwestern, Pennsylvania where she spends most of her days chasing two children. When they give her a moment, she’s found crocheting on the couch. You can find out more about Katie and her upcoming releases at www.authorkatieblanchard.com, or follow her on Facebook. http://bit.ly/KBlanchardFBPage