In Blood We Trust by Elodie Colt Pre Order Blitz

2078. The Future, as it was once called…
A better time you imagine? Most would say yes.
Jordan would say they’d switched one evil for another…
Ever since the SDCT—the Scientific Department for Cancer Treatment—made a scientific breakthrough, creating a cure for cancer and therefore saving billions of lives from the cruel disease over the last few decades, the world seems to be a better place.
But the Cure came with a side effect.
The Recipients need to consume human blood along with it, and as Jordan has the rarest blood type, she needs to donate every week. To keep a tight legal structure between Recipients and the rest of the population, the FDR—Federal Division for Recipients—was created, making her job as Sergeant at the NYPD hell on earth.
The real trouble, though, begins the day she becomes burdened with a case that will force her to extend the law to its limits. Worse still—the new Lieutenant, Aiden Davis, has set an eye on Jordan, and it doesn’t help that he is an unrelenting, too-hot-to-be-allowed ex-marine and more intense than she can bear. But her past makes it impossible to get involved with anyone without resurfacing memories of the one fateful night she desperately wants to forget.
And when the one man she’d never wanted to lay eyes upon again—the man who had inflicted pain on her worse than anyone could ever imagine, the man who had drained her until there was nothing left—shows up once again, her growing attraction toward the new Lieutenant seems to be the least of her problems… 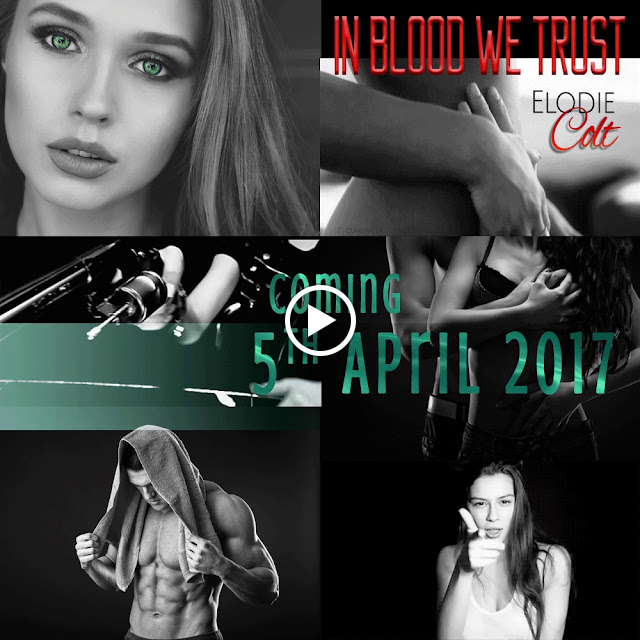 Elodie lives in the outskirts of Vienna, Austria, with her longtime boyfriend. She is not a native English speaker, but that doesn’t keep her from putting her fantasies on paper in that beautiful language. Never trained as a professional writer, she started writing as a hobby, which quickly grew into an obsession.

Elodie has an unhealthy addiction to chocolate cookies – which is why she forces herself to go to the gym twice a week – has a weakness for electronic music, and in her spare time she can be found exploring movie databases for the latest DVD releases.

Additionally, she’s busy with reading and writing and gets easily lost in Paranormal Romance, Urban Fantasy, Sci-Fi, and Erotica. In her own works, she likes to create rich dystopian stories which consist of bold heroines, sexy guys, and hot romances.

Her biggest idol is the British author, Stephanie Hudson, author of the epic saga “Afterlife”. Elodie secretly hopes to get the chance to meet with Stephanie one day, and talk to her about how she created the greatest story ever written.

The only thing she hates about writing is that she loses all the precious time she could spend reading the hundreds of books that are still on her to-read list.