Rise of the Temple Gods: Heir to Kale by K.L. Bone Blog Tour

Rise of the Temple Gods: Heir to Kale

In the land of Kale there lies a delicate balance between the powerful Temples and the rulers from an ancient, royal bloodline. The Temples are ruled through combat, determined by a series of tournaments. Of these tournament champions, sixty are chosen to become Defendants, an elite team charged with protecting the realm from all enemies. Selection to this team is considered the highest of honours and leadership of the team is decided only once every thirteen years.

Princesses Mariana and Ameria, twin daughters of two such champions, are taken as children to separate, yet equally powerful Temples. Through years of rigorous training both are educated in the arts of combat, swordplay, and the ancient traditions of the Temple Gods. Both eventually obtain the rank of Kalian Champions with the expectation of one day serving upon the coveted Defendant Team.

Then, not long after their seventeenth birthday, the childless King declares that one of the sisters must succeed him as the future Queen. As the race for the throne begins, the sister’s long standing rivalry intensifies, leading both upon a dangerous path that threatens not only their lives, but the fate of the very kingdom.

Unbeknownst to the twins, this treacherous path to the throne is the elaborate collaboration of an ancient prophecy and two creatures charged by the Gods themselves ensure it comes to pass. As primeval powers awaken, the two sisters must struggle to learn the truth behind the prophesy and search for a way to change their inevitable fate.

Except from:
Rise of the Temple Gods: Heir to Kale
Chapter IV 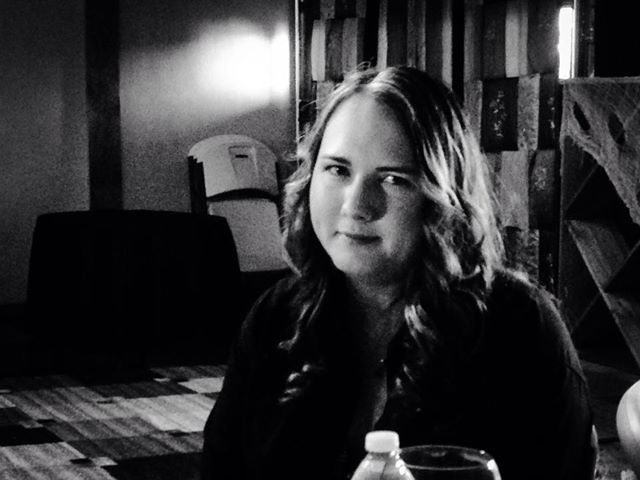 K.L. Bone is the author of the dark fantasy series, Tales of the Black Rose Guard. The Rise of the Temple Gods fantasy series. And a stand-alone sci-fi novel, The Indoctrination.

Bone has a master’s degree in modern literary cultures. An American, she is currently living in Europe working toward her PhD in Gothic literature. She wrote her first short story at the age of fifteen and grew up with an equally great love of both classical literature and speculative fiction. Bone has spent the last few years as a bit of a world traveler, living in California, London, and most recently, Dublin. When not immersed in words, of her own creation or studies, you’ll find her traveling to mythical sites and Game of Thrones filming locations.